HOW TO MAKE YOUR SMOOTHIE HEALTHY
If you’d like to add a little more substance – fiber, protein, and healthy fat – to your diet, try creating your own smoothie blend following the recommendations below. Smoothies are a great way to add concentrated nutrients to the daily diet… and they’re easy to digest, so they give the metabolic system a break.

Check out this easy recipe to make your own beets that are not in vinegar or sugar and have the extra nutritional boost of fermentation..

Now that the weather is warming up be prepared to eat fresh produce and take advantage of the season’s bounty. Here is a great recipe for a snap pea salad. YUM

Yes, you heard correct. This is an amazing recipe courtesy of one of my classmates, Amy Griffith / Embrace Health. We just got treated to it in class and I will be making this asap!

Toss everything into a food processor and combine until just before it turns into a nut butter. Spread the crust into a greased pie pan or tart tin (with false bottom) and bake for about 15 minutes at 350 degrees or until the crust starts to turn golden.

Blend all ingredients in a food processor. Spread out in baked crust, put in fridge to set or enjoy filling as is

Green tea is a popular beverage in North Africa. It is high in antioxidants and the mint is soothing and refreshing. Traditionally, the tea is sweetened heavily, but it is still delicious with just a little raw honey added. Serve it warm or chilled for a refreshing and health supportive drink. Here is a recipe courtesy of Bauman College in Berkeley, the school I currently attend for Holistic Nutrition.

Ingredients:
(12 servings)
6 cups water
2 Tbs loose green tea leaves
2 large bunches fresh mint, reserve ½ a bunch for garnishing
Add raw honey to taste
Directions:
1. Heat the water in a pot to a light simmer and then turn off the heat. Add the green tea (in a tea ball) and steep for 5 minutes. Remove the green tea and add the mint (except the reserved ½ bunch) and cover. Allow to steep for 15 minutes, or until the desired flavor is achieved. Remove the mint.

2. Re-heat the tea before serving and stir in the honey to taste. (Or you can serve the honey on the side and let people sweeten to their liking.)
3. To serve, put some of the reserved fresh mint at the bottom of each small glass and then pour in the tea.

Salmon is a great source of Omega 3’s and should be eaten 3-4 times per week.  I often run out of interesting ways to prepare. I found this courtesy of The Particular Kitchen.

This is my go-to cookie recipe and works as a great base for your favorite add-ins. My favorite combo is chocolate chip, cranberry, shredded coconut, coriander seed. 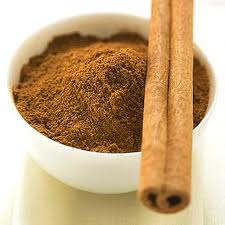 Cinnamon is one of the most anti-oxidant rich herbs on the planet.  Cinnamon has been shown to have remarkable medicinal qualities that enhance blood sugar signaling, reduce inflammation, stimulate immunity, promote neurological health and has fat-burning properties that will aid in weight loss.

It also helps to balance blood sugar by stimulating insulin receptors, giving them a stronger affinity for the blood-sugar lowering hormone. In response, the body needs to produce less insulin in order to create the desired effect. This creates less pancreatic stress, improved metabolic rate, and decreased inflammation.

I like to put it on yogurt, cottage cheese, oatmeal and even in savory dishes like chicken, vegetables or lamb.

This simple dish takes just a few minutes to prepare. You can use any kind of vegetables, just adjust the cooking time according to the size.

Preheat oven to 375°. Place vegetables and garlic in a single layer on a baking sheet and drizzle with oil; sprinkle cinnamon over and scatter cinnamon sticks around. Season with salt. Using your hands, toss vegetables to coat well. Roast until golden and crispy, about 1 hour. (Time will vary depending on size of vegetables.)

I just love mango chutney and have been putting it to good use. Mangos contain antioxidants beta carotene and vitamin A and C, potassium, magnesium, copper and amino acids.  Also present are enzymes that help digestion.

For quick and easy salmon, lightly coat salmon with black sesame seeds and garam masala (an indian spice), cook in coconut oil and mango chutney. Add a little water to lightly steam the fish, lid on.

Grilled chicken comes alive – make a spice rub: chili powder, cinnamon, cumin, salt & pepper. Coat chicken and let sit for 1-2 hours in refrigerator. As chicken is cooked on grill, paint the chutney on like barbecue sauce, finish cooking but do not burn/char.

Add to a “grilled cheese” sandwich. Toast whole grain bread and spread with mango chutney and a slice of

Kale is a form of cabbage and is high in beta carotene, vitamin K, C and calcium. It also contains sulforaphane, a chemical with potent anti-cancer properties.

I like to keep a big bowl of Kale Salad in the refrigerator so I always have a healthy option. This recipe lasts around 5 days so it’s worth the initial labor involved. I tend to go to the farmer’s market on Sundays and prepare it same day. Starts off my week right!

1/4 cup chopped (any or all) organic parsley, mint, dill

Kale can be chopped fine or pulsed in a food processor. Add all ingredients lemon juice, sea salt and a little olive oil to keep the salad moist but not soaked. I also like to add  cucumbers, radish, walnuts or celery to mix it up. For an extra nutritional

It’s nice to have a pre-made dressing. Make ahead and store in glass container in the fridge. Here is one of my favorites:

juice of a lemon

Blend all ingredients in a blender or whisk until smooth.